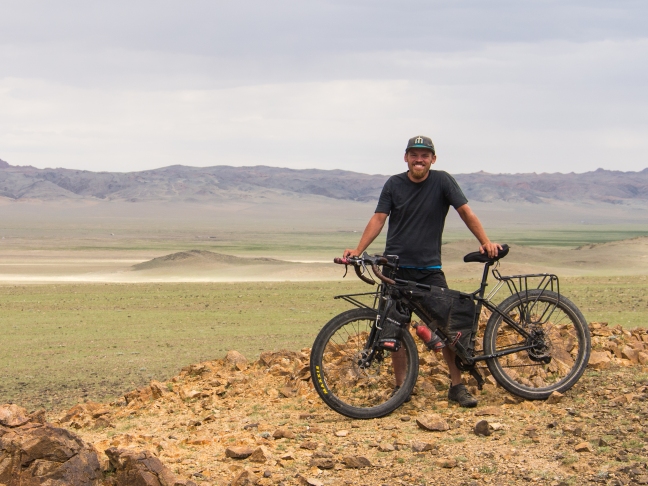 I left an abrupt ending to my last post. I guess the trip kind of ended abruptly, so the last post fit that mould. The last few days felt just as abbreviated. ‘Now you’re on a bus, now you’re running around Ulanbaataar, now you’re home.’ There wasn’t some glorious ‘last night looking over the steppe and pondering the experiences of this trip’. After a few weeks back in the States, I’ve had some time to reflect on this voyage and so I’m going to write a post reflecting on my time in Central Asia. Also, now that I’m back on a computer with a decent screen to edit photos on, I am going through my photos for ones that I may have missed along the way. I thought I’d share a few of my favorites and some of those that didn’t make the posts for whatever reason.

First off, thank you to those of you who have forwarded stories about the four cyclists who were killed in a terrorist attack in Tajikistan a few days ago. It’s a heartbreaking story, and one that sort of hit like a bag of bricks. Two of the deceased were from DC, and one, like me, left his job in government before taking off on his cycling journey. The whole thing just sounds so terrifyingly familiar.

I have a few friends in common with Jay and Lauren from DC, but didn’t know them personally. I also didn’t take the exact route upon which the attack happened. They were traveling on the southern route from Dushanbe to Khorog, while I took the shorter and more remote northern route. It was an incredible stretch of riding. Challenging, remote, but incredibly underdeveloped. Bridges hanging by half their cables, roads that had basically become streams. Each day brought corrupt policemen and multiple armed military checkpoints. There weren’t many other cyclists up there that early in the season, but those I did meet were some of the most incredible people I’ve met in my life. I’m sure Jay and Lauren were no different.

If you look back at the blog post from that stretch, I talk a lot about how vulnerable and exposed I felt. The region and people were just so unfamiliar to me. Surrounded by ethnic tensions that I had only really been aware about for the last few months. I was so far out there, and alone. Right around there, my emergency beacon went dark too, adding to that feeling of vulnerability. A few weeks after I went through, some cyclists got shot at from across the river in Afghanistan. The Pamir Facebook page started discussing whether or not it was a good idea to camp at all along that ~300km border stretch, and my response was sort of like ‘wait, what??’ I had never camped down next to the river marking the border, but I had repeatedly camped within far sight of the other side.

There’s a definite self-selection for travelers trying to push the envelope of what’s possible in Central Asia. And for those seeking that experience, it’s never been easier to go. It’s at this strange place in time where things like visa policies and travel regulations are opening up, but the darker parts of society haven’t really been brushed up and polished yet. With everything from laws, to borders, and even police as flexible as they can be in that part of the world, anything is possible with a little determination and maybe a little well-placed cash.

To reflect, I’m going to give lengthy answers to my favorite questions I’ve gotten from all the people I’ve interacted with during and after the trip, including some thrown in from me.

I can’t definitively say that the trip was the hardest thing I’ve ever done, but on the other hand I can’t really think of anything I’ve done that’s really required more of a sustained effort over that length of time. As I look back on the trip from a comfy couch in West LA, I just feel sort of exhausted. It was a tiring, taxing trip, across a generally difficult region to travel in. The riding was intense, the pace was pretty blistering, and I couldn’t speak coherently with anyone because I don’t speak Russian or the local languages. Even the most populated areas just felt pretty lonely and isolating.

The attitude of all the police officers in Xinjiang. The first question a demanding, authoritative inquiry about my motives. The second, astonishment and confusion at the oddity that sits before them.

I always told them very explicitly that I was not spying for the American Government.

I saw very few other cyclists on this route. Some of that can be chalked up to the season. I had planned to do the Pamir Highway with others, but I got there really early in the season and ended up doing it on my own. Additionally, a significant bulk of the trip was sort of done in places that cyclists either skip or otherwise avoid because of the monotony. Aktau, Kazakhstan to Nukus, Uzbekistan is one example of this. Vast desert, a stupidly straight road, and unbelievable wind. The road was rough, and I had to end up rationing bike tube patches because I was seeing so few cyclists. Another two of these more out-of-the-way stretches were from about Almaty to the Chinese border, and then the entirety of Xinjiang, China. Those two stretches, while back-to-back on the map, were monotonous for very different reasons.

Did you ever talk to yourself?

I never managed to have a full deep conversation with myself, but we would chat occasionally about various things.

What were your favorite places?

OK, you get the point.

Tajikistan for the physical and mental challenge in a literally breathtakingly gorgeous setting. Kyrgyzstan for the lushness and nice cities. Kazakhstan part two for, well, not much except for some incredible campsites and sunsets. Xinjiang for the sheer absurdity and challenge of daily travel in an authoritarian state. And Mongolia for absolutely gorgeous but remote scenery.

Where should I go if I don’t like biking across continents?

I guess when you sit down and look at the map of the trip, there’s quite a lot of the journey that was for some societal or environmental reason hostile to my presence there. If you take those regions out, then you’re left with very few places that didn’t have some obstacle in that vein to overcome. I think that maybe leaves just Bukhara/Samarkand in Southeast Uzbekistan, the Fann Mountains in Northern Tajikistan and maybe some of Kyrgyzstan as the most pleasant day-to-day riding.

So there’s a hot tip, and an answer to the question. Yes, you should got to Central Asia, and here are three reasons: The ancient Silk Road Cities of Bukhara and Samarkand, particularly in April before it gets hot. The Fann Mountains in Tajikistan, which are lower than the Pamirs and have a road through them that is in just fabulous shape and the ‘Tunnel of Death’ is no longer really a problem. And finally Kyrgyzstan, where the people are openly proud about how many peaceful transitions of power they’ve had since 1991.

There’s a fourth reason, too. You could be spying for the American Government.

Would you go back to Tajikistan, in light of the recent events?

Uh. Yikes. Hm. I’m growing increasingly uncomfortable with the risks I exposed myself to while I was there already. Camping repeatedly, alone, on the border with Afghanistan, very often in view of or next to roads, in the middle of nowhere. So would I go back? The desire is certainly less than it was two weeks ago.

I’m not an American spy, damnit.

Do you have a place to sleep tonight?

Yeah, but my mattress hasn’t arrived yet so I’m still sleeping on a couch.

Where can I buy peanut butter in Dushanbe?

At the Auchan on Bekhzod Street.

My bike broke down in Dushanbe and I need a high quality part for the Pamirs. Am I out of luck?

No. Stay at the Green House Hostel and talk to someone about flying in a part from Moscow.

What was your favorite campsite?

What was your favorite drink of water?

I found some frozen water bottles in Xinjiang one day and stashed them in my frame bag. That kept my legs cold and gave me cold water all day. It was glorious.

Because if the goal over my life is to cycle around the world, then I had to do this part at some point.

Since I’ve been back, I spent three weeks at home in Eugene and then moved to Los Angeles and continued riding a lot. I am starting graduate school at UCLA in a month and a half, which is tucked up in Westwood against the Santa Monica hills. I’m having a crazy fun time exploring traffic-free roads up and down canyons, gravel and road, with a home base and a place to cook good, recognizable food. My ride usually takes up the morning, and then I spend the rest of the day designing and building my gravel bike.  That’ll allow me to ride much further up into the canyons on rougher roads. Right now, life consists of riding, 3D printing, and bike-making. It’s been a great re-entry to post-tour life. Slowly re-engaging the other side of my brain while maintaining my absurd fitness level. I’m building a fiber-winding machine, which will help me create lightweight carbon fiber tubes very easily. More on that in a later post.

Thank you again for following along. It’s been a great ride. As always, I’m happy to give any advice you might need on getting through parts of the route. There are plenty of ways to get in touch with me.